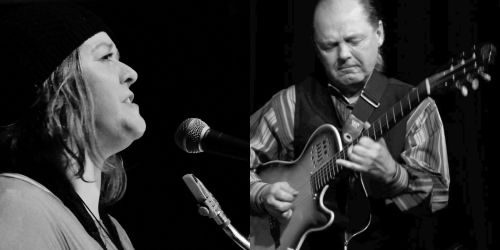 Karen Porkka is an Edmonton based singer, multi-instrumentalist and composer whose music is influenced by sounds from all around the world. She is particularly inspired by improvisation and spontaneous creations in her solo project PorkkaLoops and past co-creative projects The Parkers, d’Cana and Whirldish. Over the past couple decades Karen has been blessed to play often with her longtime friend and gifted guitarist Jamie Philp. Jamie is an icon of the Edmonton jazz scene playing with the “who’s who” as well as supporting the “up and coming” talented musicians of Edmonton. Both are excited to reunite as the Porkka/Philp Duo to play some jazz and original compositions for the Tuesday Yardbird Suite online series.