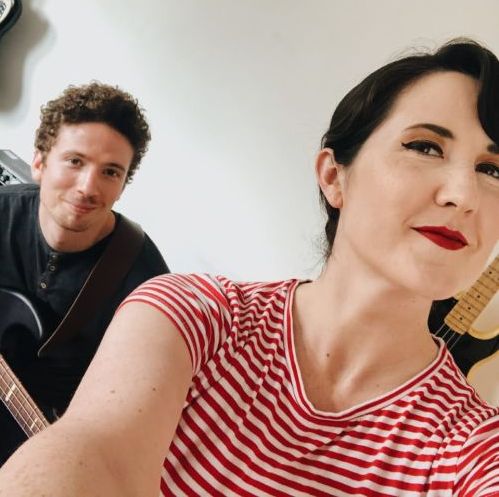 Ellen Doty is a soulful Canadian vocalist and songwriter with a world-class voice. Her music incorporates everything from jazz to soul, folk, pop and indie music: a sound that is uniquely hers. Originally from Okotoks, AB, Ellen recently moved to Edmonton to be closer to her fiance Murray Wood. Doty’s most recent release “Come Fall” debuted at #1 on the iTunes Jazz Charts, and she followed it up with a Canadian tour, a jazz festival tour, and a tour in Japan with a feature performance at the Tokyo Jazz Festival. She’s currently writing for her next album.

Murray Wood is an accomplished and diverse bassist from Edmonton, Alberta. Since completing the McGill jazz program, Murray has been touring constantly throughout Canada, USA, Europe and Australia. Murray is a full time member of indie-rock group Scenic Route to Alaska, but also records and performs with Major Love, 100 Mile House, Mallory Chipman, Lyra Brown and many jazz artists. He has been fortunate to have performed at many of Canada’s jazz, folk and rock festivals, as well as many of the world’s premier showcase festivals including SXSW (Austin), Reeperbahn (Hamburg) and Australian Music Week (Sydney).

While Ellen and Murray have performed on stage together with a band, this will be their first full-length duo performance. Enjoy their bass-voice arrangements of some of Ellen’s tunes, as well as reimagined standards.

Listen to Ellen’s interview with CBC Daybreak Alberta (she mentions she’s playing from home but it’s now live from YS).