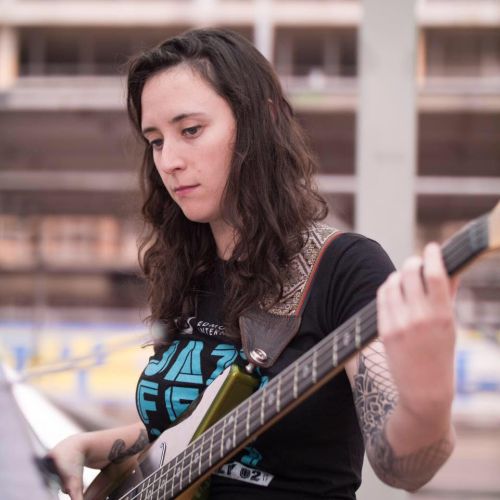 Aretha Tillotson is an Edmonton bassist who has studied at Grant MacEwan University and most recently, the University of Toronto. In Toronto, she studied with Dave Young and Jim Vivian, and with David Bowie’s Blackstar bassist Tim LeFebvre. She has recently participated in Ralph Alessi’s SIM clinic in Brooklyn, and has now been accepted into a Master’s program in Berklee’s Global Jazz Institute.

Some of the most notable musicians she has had the pleasure of playing with include Dave Liebman, Mike Murley, Charlie Austin and Norma Winstone.

Aretha also works as a musical theatre musician, and she has performed at the Citadel Theatre’s Hadestown and SIX, and Theatre Calgary’s The Louder We Get.